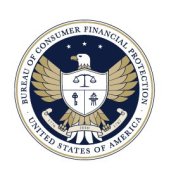 In dissecting the CFPB’s recently published Semi-annual Report, which included Acting Director Mick Mulvaney’s recommended changes for imposing “meaningful accountability” on the regulatory agency, one of the most critical pieces of information for bank risk and compliance management is the list of proposed and final rules the CFPB anticipates working on in the near term.

The report highlighted four regulatory areas in which the CFPB plans to issue proposed rules:

In the next post in this Series, Inside CFPB’s Semi-annual Report, I’ll tackle the upcoming Final Rules indicated by the CFPB.

View all posts by Mary Crotty

3 thoughts on “Inside CFPB Semi-annual Report: Proposed Rules in the Pipeline”